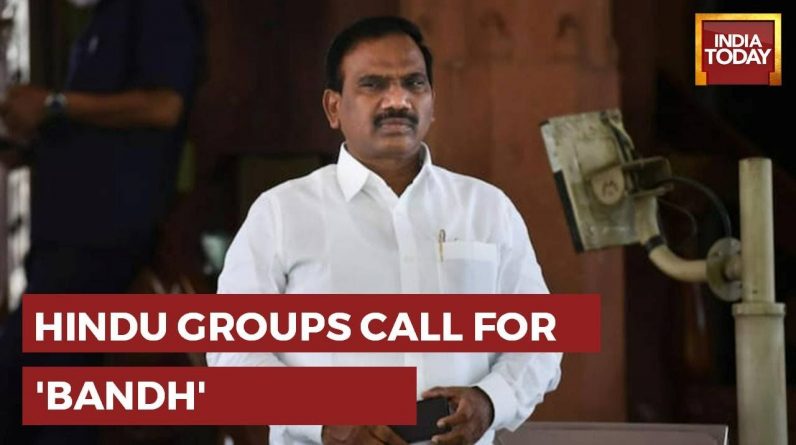 Hindu Munnani, a pro-Hindu group, called for a bandh due to which several shops were shut in Mettupalayam, Ooty and Sathyamangalam. At least 18 Hindu Munnani members were also detained during the protest.

“A Raja should be removed from his post. We are going to a send a petition signed by 10 lakh people to the President. We are going to send a petition to the Speaker. Raja should immediately apologise. This is not a one-day protest. If he doesn’t apologise, we’ll gather in thousands and lay siege to his home,” stated Jayakumar, Secretary of Hindu Munnani’s Mettupalayam division.